Bristol, RI – October 20, 2022. On Friday evening (Oct 14) at the New York Yacht Club’s Model Room, Dawn Riley, Dirk Kramers, and Larry Ellison were formally inducted into the America’s Cup Hall of Fame as the Class of 2022. It was a jubilant evening with standing ovations given to the inductees.

“These individuals have had a profound impact on the America’s Cup,” said America’s Cup Hall of Fame Selection Committee Chair Steve Tsuchiya. “Cup legends aren’t made overnight. The Class of 2022 inductees have put together bodies of work covering many years and many America’s Cup matches.  We’re thrilled to welcome them to the Hall of Fame!”

Dawn Riley, currently the Executive Director of Oakcliff Sailing, enjoyed a long and successful career as an America’s Cup competitor and manager. In 1992, she was pit person of Bill Koch’s AMERICA3 defense team, and three years later, she was the team captain of the all-women’s America’s Cup crew aboard MIGHTY MARY. When the Cup moved to Auckland, New Zealand for the 30th Defense in 2000, Riley organized a challenge named AMERICA TRUE.

Dirk Kramers served as a designer and engineer for eleven America’s Cup campaigns, from the 12-Metre era to the foiling catamarans of the 35th America’s Cup match in Bermuda. Along the way, Kramers earned an astounding six America’s Cup wins on teams run by a slew of fellow Hall of Famers including Dennis Conner, Ted Hood, Bill Koch, Ernesto Bertarelli, Russell Coutts, and Larry Ellison.

Ellison was the architect of the Oracle America’s Cup teams that won the Cup in 2010 in Valencia, Spain, and then defended it in style in 2013 with the biggest comeback in AC history defeating Emirates Team New Zealand 9-8 after being down 8-1.  2013 also ushered in the era of foiling multihulls with 72’ catamarans screaming around San Francisco Bay at unheard of speeds.

According to America’s Cup Hall of Fame President & Executive Director Bill Lynn, “The Class of 2022 gives us three of the most innovative and pioneering members of the Hall of Fame yet, and that’s really what the Cup is all about.”

The America’s Cup Hall of Fame has inducted over ninety individuals since its founding in 1992. Candidates eligible for consideration include members of the crew, designers, builders, syndicate leaders, supporters, chroniclers, and other individuals of merit. Each nominee is judged on the basis of outstanding ability, international recognition, character, performance, and contributions to the sport. The members of the Selection Committee are intimate with the history and traditions of America’s Cup and are committed to the integrity of the Hall of Fame. 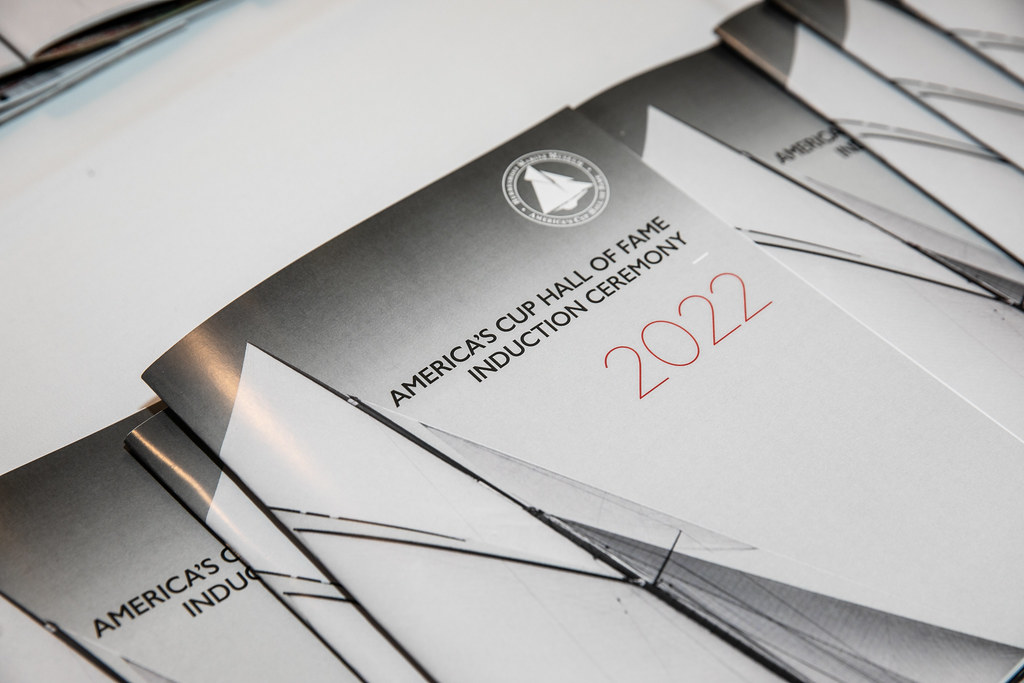 About the Herreshoff Marine Musesum

Now celebrating its 50th year, the Herreshoff Marine Museum, located in Bristol, Rhode Island, USA, is a maritime museum dedicated to the history of the Herreshoff Manufacturing Company and the America’s Cup. The Herreshoff Manufacturing Company (1878-1945) was most notable for producing fast sailing yachts, including eight America’s Cup defenders, and steam-powered vessels. The museum, situated near Narragansett Bay on the grounds where the manufacturing company once stood, has a collection of over sixty boats including Nathanael Greene Herreshoff’s CLARA, built in 1887, Harold Vanderbilt’s TRIVIA, and the 1992 ACC yacht, DEFIANT.